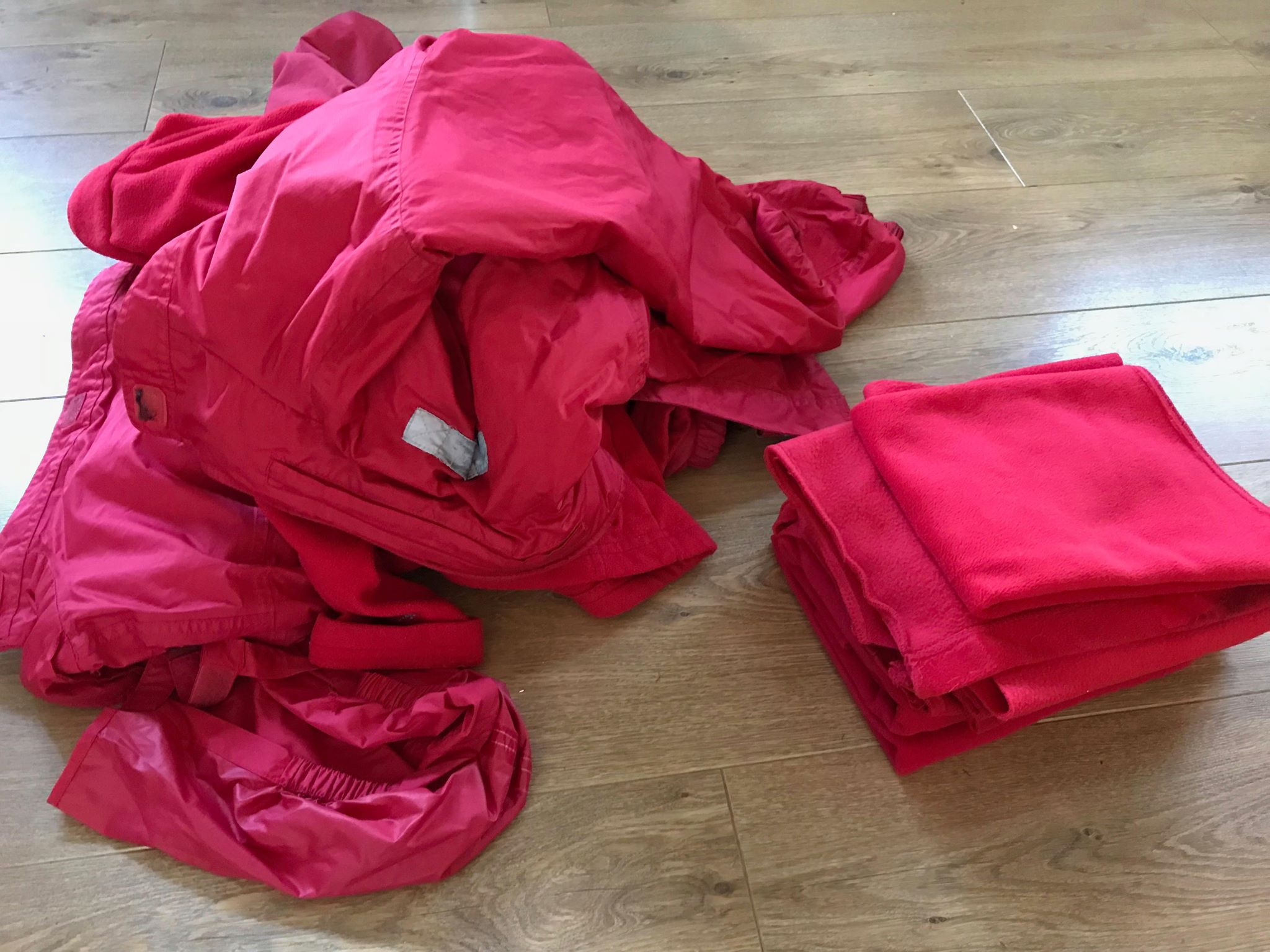 The sun is shining and Autumn is here and I am currently looking at a huge heap of bin sacks and carrier bags full of old school uniform.

For those not connected with Binfield CofE Primary School, September 2018 was a landmark change for the branding of the school.  They have been building up to it for a year or so, but September was the official cut off date for wearing the old logo’d school uniform.  This meant that at the end of the summer term there was a whole school’s worth of logo’d jumpers, cardigans, t-shirts, fleeces and jackets with nowhere to go.

The PTA: Friends of Binfield School (FOBS) had their stash of 2nd hand uniform and parents had theirs too.  Research was carried out and lots of boxes were donated to charity in Africa for school children there, but inevitably they couldn’t take everything.  So, back to my piles…

The school is the café’s closest neighbour and I was wondering if I could come up with something that would save the old uniform from being recycled into rags.  The first idea I had was brought about by a need for the café – we want folks to be able to borrow picnic rugs for the sitting on in the park next to the café.  So, my idea was to deconstruct and reconstruct the jackets, so we have a soft side to sit on and a sort-of waterproof reverse layer.  Easier said than done!

I experimented with using a seam ripper (pointy thing that ‘does what is says on the tin’) but when faced with a mountain of primary sized jackets this was clearly going to take years, so out came the scissors.   Family film time became a good time to multitask and ‘process’ jackets, jumpers and cardis into piles of usable fabric. ( Please note: I don’t throw anything away unless I have to, so I am also keeping all the buttons and zips for future projects!)

The next step was to come up with a design – we are talking patchwork.  We are also talking large scale and cutting shapes from awkward bits of fabric.  I went for squares and rectangles of different sizes so as to make the best use of the odd shaped fabric.

So after several hours and sessions stitching the fleece patchwork and the rubbery waterproof patchwork (which was a right pain, being slippy and grippy) – ta daa! We have one lovely patchwork picnic rug…